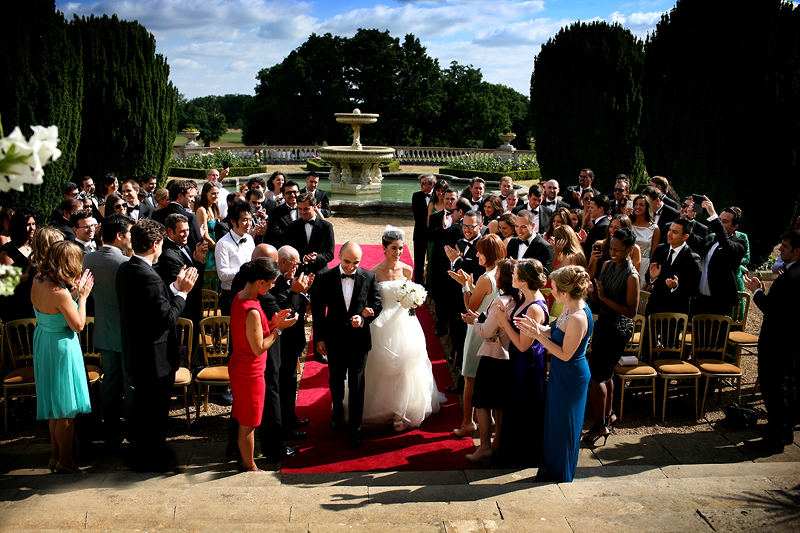 During the edit of every single wedding there is always a picture that makes you just stop and stare. Not necessarily because it is a work of art, not necessarily because it’s the most beautiful shot you have of the bride, or the most handsome of the groom. Usually it’s because it just SAYS something to you. There’s a story in the moment, and the frame captures more than just its subject.

This shot isn’t the most interesting I have ever taken…it’s certainly not clever, or quirky, but it just says it how it is, and it’s one of those images that you can spend a while looking at, because, although there is only one thing going on, there’s actually a hundred things going on.

“Guy’s spontaneous and natural approach sets him apart as one of the leading photographers for all of London’s best venues.”

“We are always astounded by the beauty and creativity of Guy’s photography and have been delighted to have him as a recommended photographer for many years now. Whether it is his stunning photos, friendly manner or excellent service, we have only heard fantastic feedback from our many couples.”

“I cannot recommend Guy highly enough. He has the ability to put everyone at ease and capture the best angles, with beautiful, natural and relaxed shots. Our clients are always thrilled with their photos and the quality of his work.”

“A delight to work with. Professional in every way, Guy develops a wonderful rapport with the bridal party and guests, and ensures that the day runs to time. His photographs are of an exceptional quality. A preferred photographer at Hampden House for many years, every time he shoots a wedding here we are reminded why….”

“Truly beautiful photography, an absolute joy to work with…”